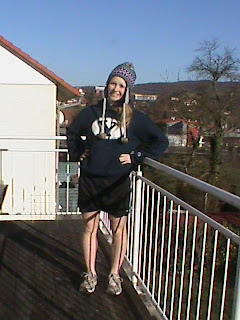 I usually go to the gym several times a week and work out on the treadmills.  This week, however, Giuliana had Monday and Tuesday  off so I had no need to go into the base so instead I told her she could come with me and walk 4 miles on the bike path.  I actually prefer the gym because the treadmills have a TV attached to them, (not that it makes it any less painfull), I can control the speeds in which I walk and I don't have to deal with the elements outside.  Well it was a beautiful sunny day on Monday and although we have had mild weather all winter, it suddenly turned really cold.  It was about 20 degrees outside and the frost on the ground never melted all day. and Giuliana got ready to go.  The above picture shows what she decided to wear.  I was a bit alarmed since it was freezing cold and told her she had to at least wear a sweatshirt which she did but under that sweatshirt is a t-shirt that she thought would suffice.  As you can see below, I'm wearing jeans, with long johns underneath and about 4 long sleeved shirts under my sweatshirt, along with gloves and a hat.  As we started to walk, Giuliana started getting more and more embarrassed.  We would pass a German couple and they would wait until we were about 10 feet in front of them and then they would start talking.  I'm pretty sure I knew what they were saying.  Probably something like, "Look at that silly American girl wearing shorts in this weather!"  By the time we got home, her legs were bright red and she was pretty cold all over. 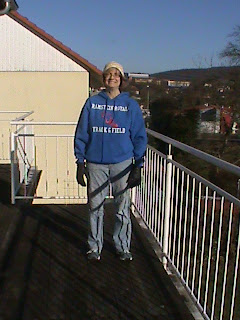 I convinced Giuliana to go walking with me again on Tuesday.  Unfortunately, she was doing her "Victorian" day where she was only allowed to wear a skirt all day and not use any modern technology.  So now she is still not really dressed appropriately for the weather but I think she was a lot warmer since she was wearing a down coat and a wool hat.  Once again she felt embarrassed passing people on the bike path wearing a skirt in 20 degree weather. 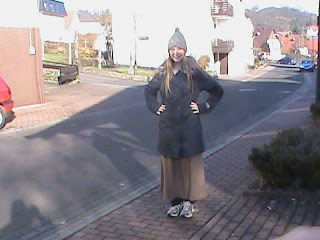 We did notice her shadow when we were walking and noticed she made the perfect shadow of a teapot.  I thnk it was that hat that really made her look like that. 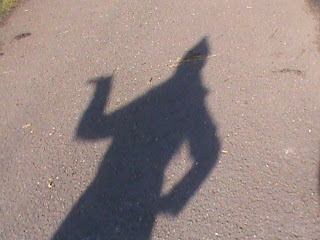 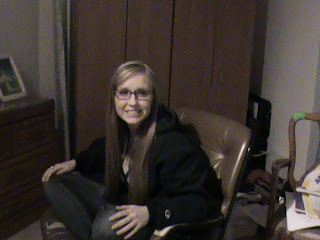