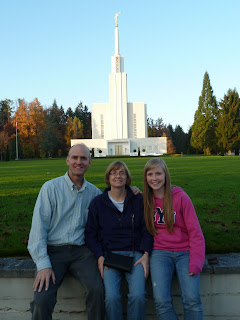 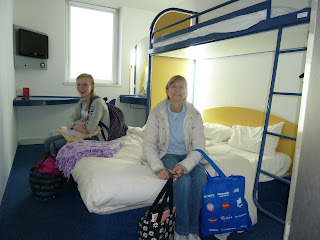 Paul wanted to get a picture of our hotel room.  We stayed at the Etap Hotel which are very reasonable, clean, but super de duper small.  What you see is pretty much the entire room.  There is a double bed on the bottom with a bunk on top.  There was one small window lined up perfectly to see the temple even though it was a few miles away.  There is no closet but if you look closely you can see part of a hanger up by the 4th rung of the ladder.  They provided about 3 hangers and you could hang your stuff on the side of the bed.  Right next to the ladder is a tiny little shower and next to that is a tiny little toilet.  It was standing room only in the shower and the bathroom.  Neither of the doors to these two things locked.  We didn't spend much time in the room but it really wasn't bad. 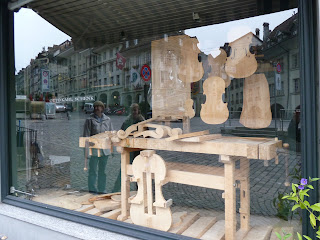 This is downtown Bern.  We found a cool violin shop.  Apparently this guy custom makes violins. 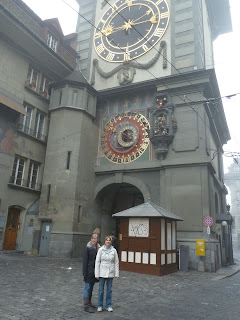 Giuliana and I standing by the big clock in center of Bern.  I believe this is a 15th century clock tower but it was also a prison and a guard tower. 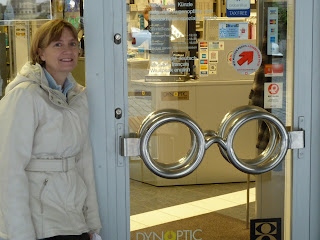 Can you guess what was sold in this shop?  Yup, glasses. 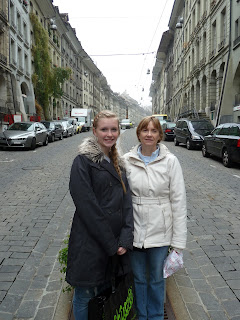 This is the walkplatz in Bern.  On each side is covered shopping and it's the longest covered shopping promanade in Europe.  We bought some yummy Berliners, and even Giuliana found something she wanted for Christmas. 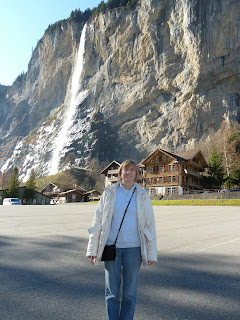 We decided to take a trip to Trummelbach falls but unfortunately they were closed.  We found this cool waterfall instead. 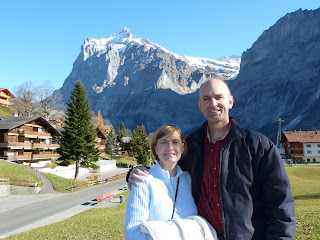 Here we are in Grindewald.  We hiked up this hiking trail from the village and we kept going farther and farther up the mountain and we kept seeing hotels randomly spread all over the mountain side.  This of course is for all the skiers that will start descending on the mountain in 2 weeks.  It was such a beautiful day, I hope they end up getting some snow because it was like a spring day that day. 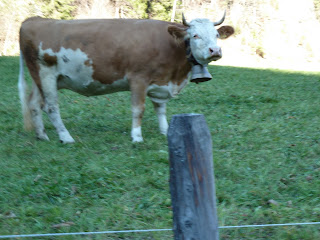 We could hear the cow bells as we were hiking.  They were off in the distance but it was so quiet that it was not hard to hear them.  We finally spotted some cows in the distance grazing.  This cow we saw on the way out of town.  I think wearing a bell that big would be irritating but I suppose the cows are used to it.  They clang at the slightest movement the cow makes.
Posted by Yvonne at 6:34 PM