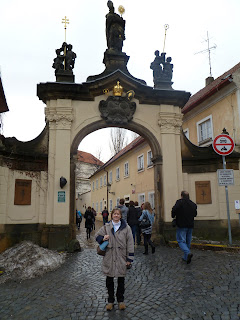 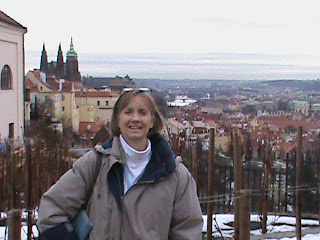 I'm standing at an overlook and behind me is the city of Prague. 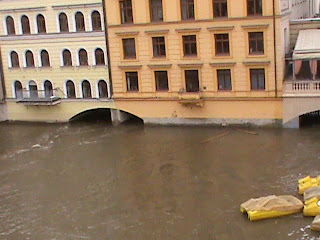 I was at the end of the St. Charles Bridge when I noticed that they had built these buildings at the edge of the river.  They planned for the river however and it looks a little like something you would see in Venice. 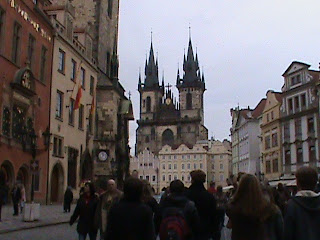 Here is a nice picture of the center of Prague.  Once again there are a lot of churches and different kinds of building all connected to each other.  The Czechs are really proud of all their beautiful buildings and how unique each one is. 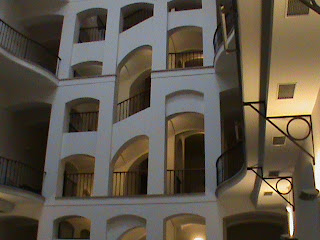 I thought this was reallly cool.  This is the inside of the music museum  and you can see it's multiple stories but it's the architecture inside that was so coo;.  (They had a Beatles exhibit going on when we went inside.) 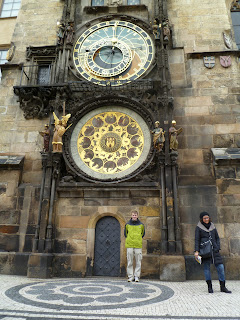 Here is the famous medieval astronomical clock.  It is really cool and located in the Old Town square of Prague.  The clock displays the time, the position on the sun and moon, and has 12 apostles that are displayed every hour.  There is a calander clock on the bottom of the astronomical clock but that was added in the late 1800's.  Oh yea I noticed at around 5:00 every evening they would have trumpeteers at the top of this clock tower come out and blow their trumpets.  That was pretty cool, but unfortunately I did not take a picture of the top of this clock tower. 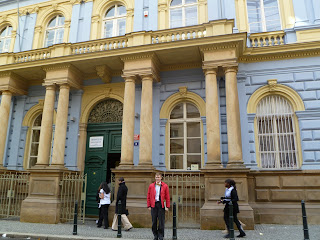 This is the Czech High School where Spencer spent quite a bit of time working with other Model UN students.  I couldn't believe what a beautiful high school it was. 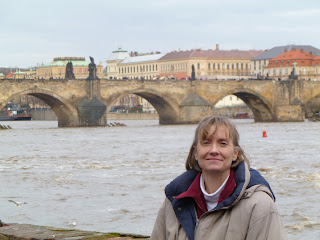 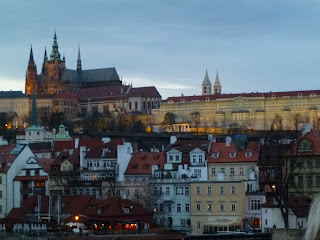 Here is a nice scenic view of downtown Prague.  This is one of my favorite pictuers. 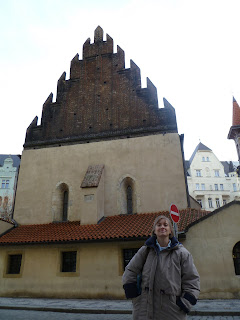 This is the oldest functioning Jewish synagogue in Prague.  It looks like it's just a facade but it really is a building. 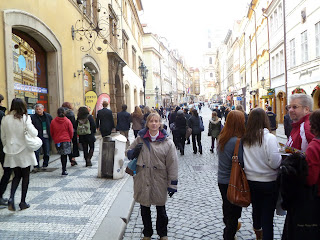 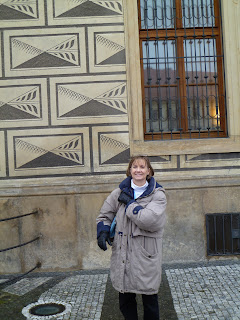 I'm backtracking now-this is back at the place where all the palaces were.  This palace had this really cool design all over the whole building.  The design was made by the Italians and it was made by placing wet cememt on the building and then carving in the design before it hardened.  It was really beautiful. I wasn't surprised that the Italians came up with this method as it's similar to how cameos are made, except there is no cement involved but they carve cameos out of shells and can create different colors depending how much they carve into it.
Posted by Yvonne at 12:13 PM No comments: